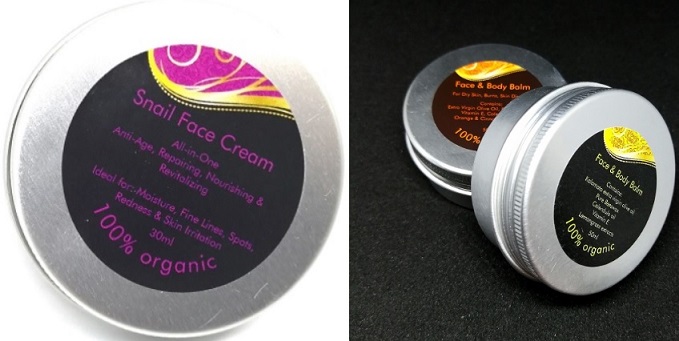 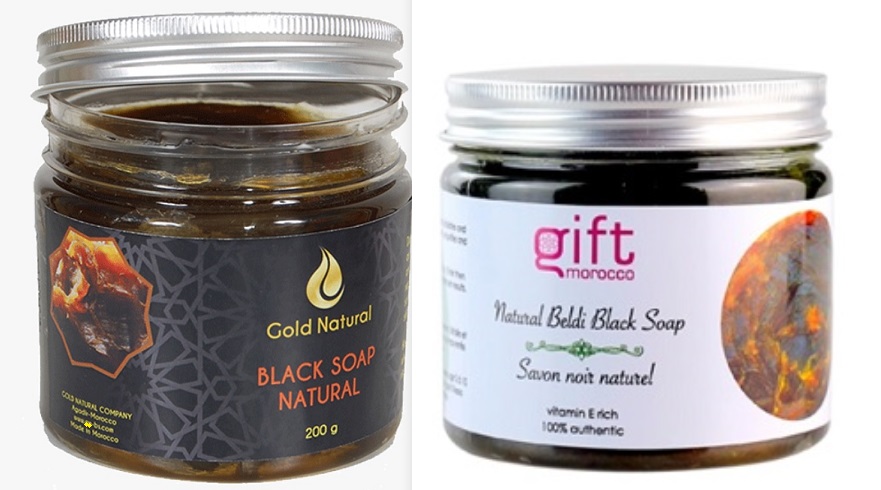 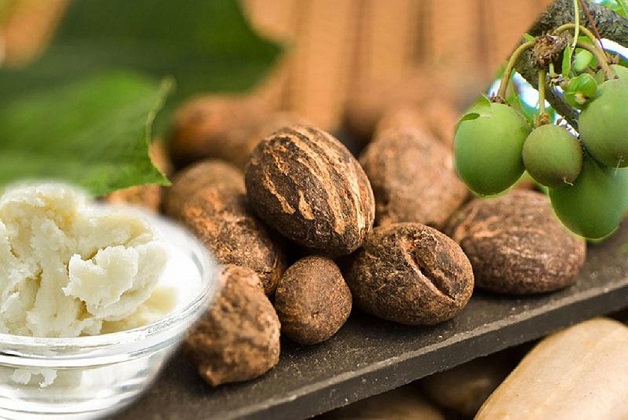 We're searching for the purest, highest quality raw material and natural cosmetics around the world to bring to Georgia for the most affordable prices. The organic products we sell contain the most bioactive components, vitamines and micro elements, that are highly useful and beneficial for skin and hair. Every single item is pure cold pressed with no harsh chemical compounds, synthetics, petro chemicals. Not tested on animals, non GMO and vegan.

Here we'd like to introduce traditional recipe Greek beeswax and olive oil balms. Extra virgin olive oil is entirely made from our family production, based in Kalamata Greece. Kalamata's olive oil is worldwide famous for having the best quality. Hand made at the traditional family farm.
Extra virgin olive oil penetrates deep into the skin, providing needed moisture as well as a shield to protect your skin, keeping it smooth. 1) Olive oil contains three major antioxidants: vitamin E, polyphenols, and phytosterols. Antioxidants, when topically applied, may help protect the skin from premature skin aging. Vitamin E partly accounts for the anti-aging benefits of olive oil because it helps restore skin smoothness and protects against ultraviolet light.  Hydroxytyrosol, a rather rare compound found in olive oil, also prevents free radical damage to the skin. 2) Beeswax is commonly used in various skin care products to improve the condition and texture of the skin. It also has a number of benefits in treating skin problems like acne, eczema, and dry skin. Beeswax helps in locking skin moisture, fostering the skin cells and protecting the skin from environmental damages. It contains powerful anti-bacterial, anti-inflammatory, and antioxidant properties that are all beneficial to the skin.


A beloved beauty ritual of ours, we’ve imported this directly from Morocco. Naturally rich in vitamin E, The gel-like soap made from saponified olive oil acts as a body masque and is a Moroccan specialty. Beldi means “traditional” or “authentic” in Moroccan.

What Is Shea Butter?

Shea butter is actually the fat of the nuts from the African shea (karite) tree. It is rich in vitamins A, D and E, plus essential fatty acids.

It is solid at room temperature but when rubbed between hands or onto skin it melts and can be easily absorbed. Shea butter has a nutty aroma and it only takes a little bit of butter to cover a large area.

Who can use:  All skin types. It is gentle enough for use on sensitive skin, and effective enough for rough, red and dry skin. It is also non-comedogenic so it doesn't clog pores.

The word Shea is derived from the word S’í, the Bambara name given to the tree in Mali. Throughout Africa, the continent of its origin, it goes by many other names, including Kade or Kadanya in the Hausa language, Ori in some parts of West Africa, and Karité in the Wolof language of Senegal.

Raw butter is shea butter which has not been filtered in any way, even through a cheese cloth. This type of shea butter will always come as a paste (usually in a jar or tub). Since it cannot be poured into molds, it will not be shaped in any way.

Because raw shea butter is not filtered, it is common for it to have flecks of impurities in it. It is usually a deep yellow color but can also be greenish, depending on how mature the shea nuts were when they were harvested.

Refined Shea butter has undergone some form of processing in order to remove its odor and/or change its properties. It is also common for refined shea butter to have additives, such as perfumes or preservatives. Refined shea butter is generally very smooth and has a white color instead of yellow color. It is not considered as "healthy" as raw or unrefined shea butter because the refinement process destroys some of the nutrients in the shea butter.

If shea butter has been "ultra-refined", it has gone through at least two filtering systems that change its composition. Ultra-refined shea butter is typically used for mass-produced cosmetics. It will almost always be very white in color. The consistency can vary, depending on how the manufacturer wants to use the shea butter in a product, such as it having a firm consistency for a lip balm or being more liquid-like for a hair conditioner. This type of shea butter is considered the least healthy because it loses nutrients in the refinement process. The chemicals used in the refinement process can also be unhealthy, such as hexane. 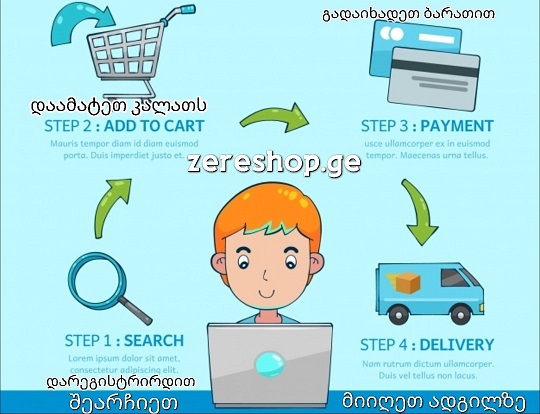 Shopping at our online store is  easy and pleasant. Goods are delivered throughout Georgia directly to the indicated address. First the registration is necessary to proceed. Once you've registered the address is permanently kept in your account, unless you change or delete it. Please indicate correct and precise information, otherwise the delivery will be interrupted or an order canceled.

You can pay with any VISA or MASTERCARD type bank card, issued in Georgia.

The kings of Cosmetic oils

We search and find the highest quality raw cosmetical material all over the world to bring to Georgian market for the lowest possible prices. This type of natural cosmetics is rarely ever sold directly or costs three to four times more expensive. So be aware to supply yourself with the most useful carrier oils and oil based pure self-care products - www.zereshop.ge
Argan oil is one of the rarest and best oils produced only in Morocco. As argan tree grows in south-west region of kingdom it is under the patronage of UNESCO. Tuareg tribe women were well-known for their beautiful skin, thanks to Argan oil and now we ar able to spread this "liquid gold" to our consumers. Our argan oil is imported directly from Morocco and suits all the international standards (EcoCert, USDA organic, ONSSA) ISO 9001:2015 - it is bottled in a glass container with UV filter in order to protect the oil from direct damage and thus prolong usage period. Due to hign demand the oil is frequently being faked, so stick to an official provider , check carefully all the markings and beware to use other argan oil than produced in Morocco.

From the same magical hands of the women in the cooperatives in the south of Morocco, comes the oil expressed from the tiny seeds inside the cactus fruit. An oil so rich in vitamins and antioxidants, it quickly made its way to the top in anti-aging solutions.

Prickly Pear Seed Oil promises to plump, fill lines, revitalize and rejuvenate your skin like no other oil in the industry. It will quickly become your ally in fighting against free radicals and sun damage.

Our luxurious serum will make protecting your skin its daily mission and you will see immediate results. Your skin will instantly get a velvety feel as the soft oil quickly absorbs.

Prickly Pear Seed Oil holds a secret ingredient that gives it its particular color and added benefits: Betalains. This natural pigment is very rich in antioxidants and gives this oil its signature yellow color. Betalains are one of the most powerful super-antioxidants on the planet, and make this oil the ideal treatment to fight wrinkles and signs of aging.

Please find the original Argan and Prickly pear seed oils in our webstore at these links: